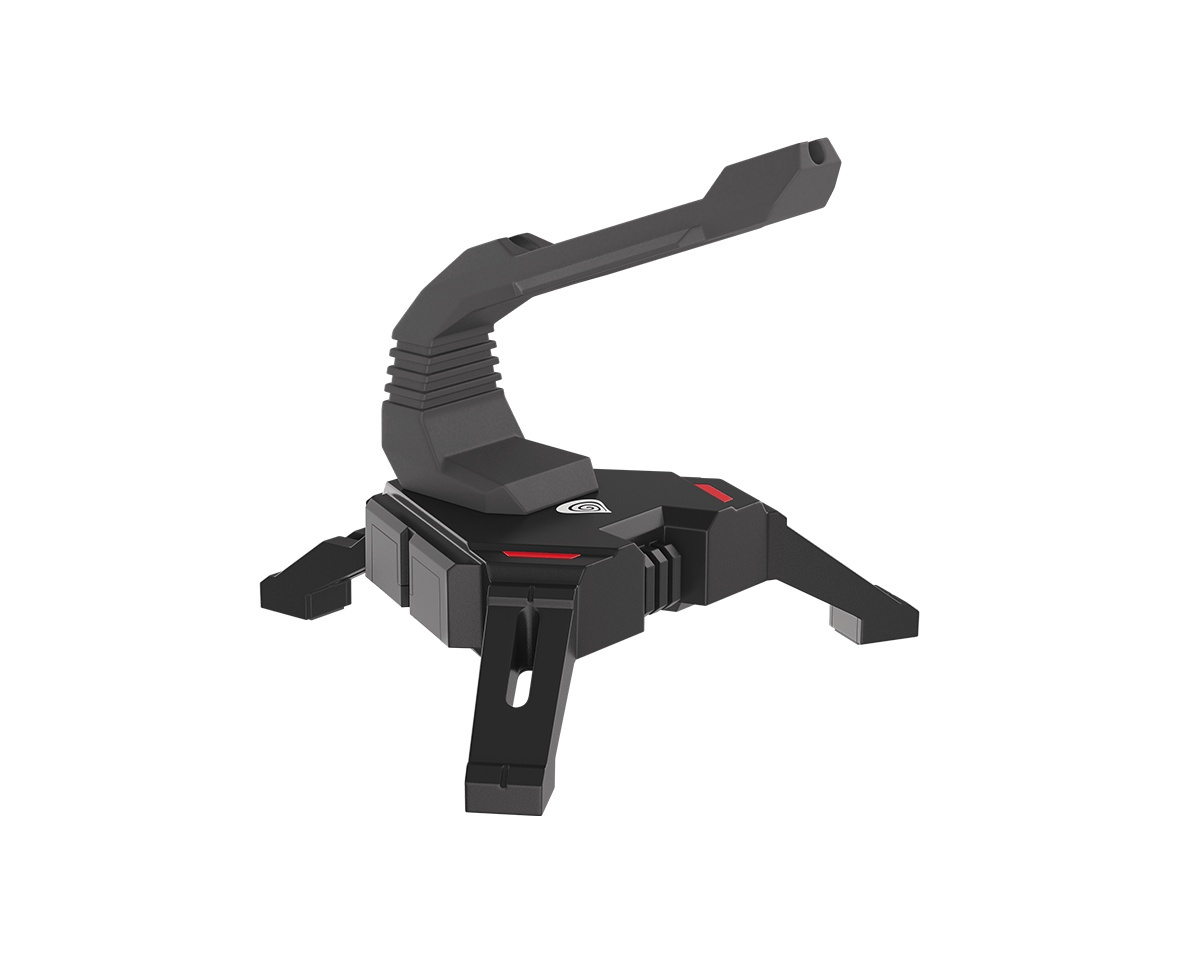 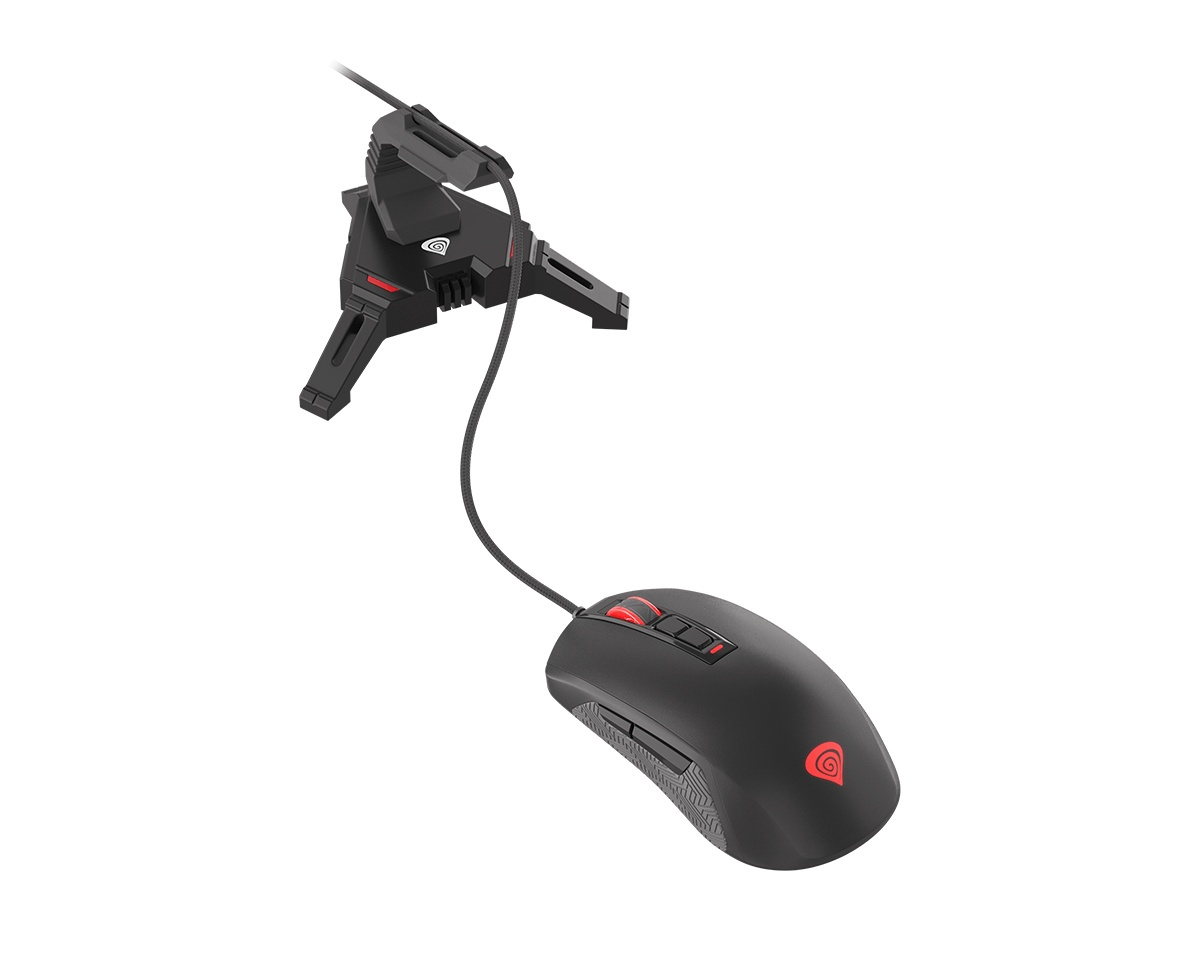 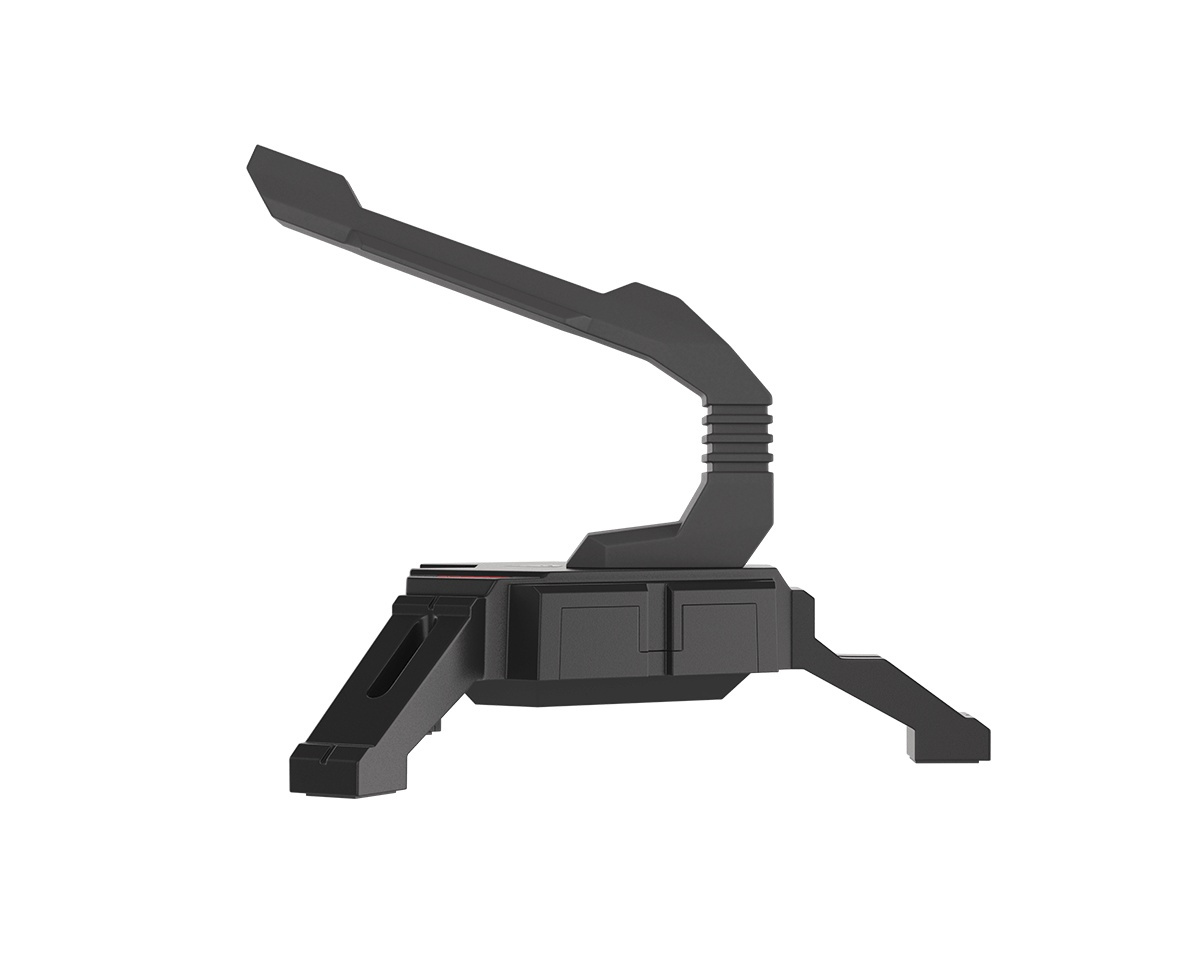 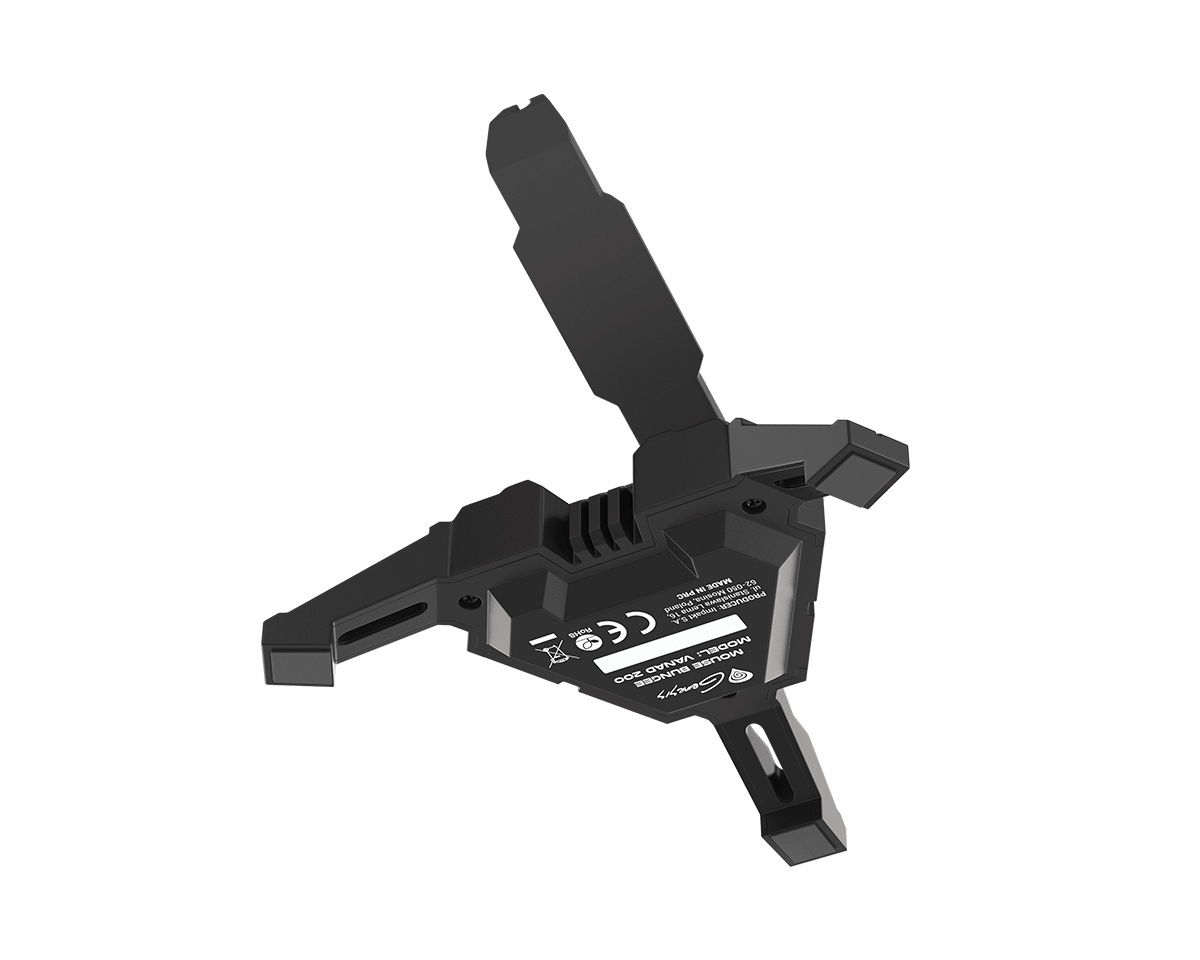 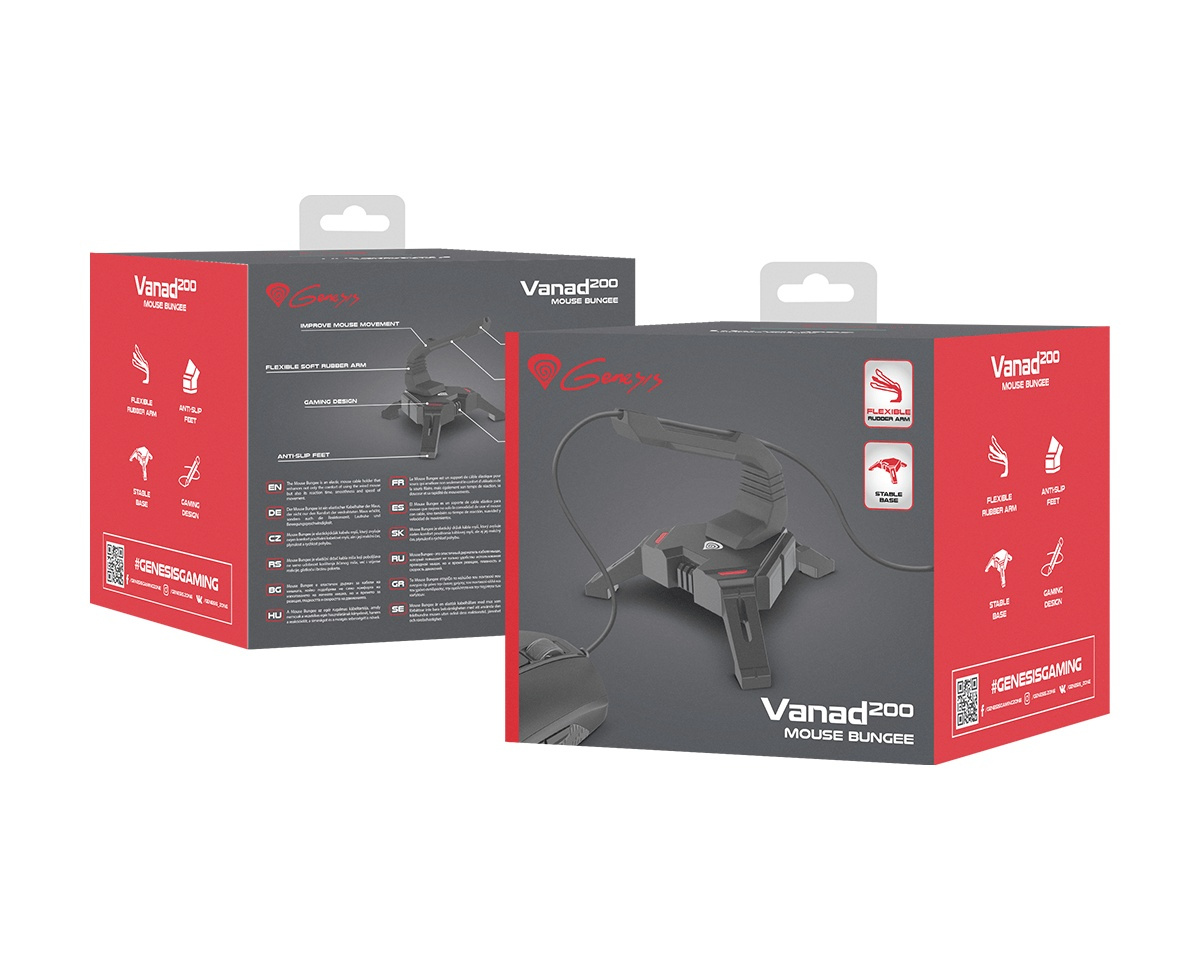 Mouse bungee Genesis Vanad 200 is a small device that supports the mouse cable, which increases its control and speed of movements during virtual clashes. Flexible soft rubber arm allows the player to move the mouse freely and also acts as an organizer, which allows to organize the desk from the tangled cables. The rubber clamps on the arm adapt to every cable thickness.

COMFORT DURING THE GAME
Genesis Vanad 200 greatly improves game comfort, because it eliminates cable friction on the desk, and reduces the weight of the mouse while supporting the cable, which greatly increases the player's reaction speed, mouse acceleration and smoothness of movements and gives an advantage over the opponents. An additional advantage of Vanad 200 is its gaming appearance, which will certainly be an interesting gadget on the desk of an avid player.

PERFECT STABILITY
In the case of mouse bungee devices, an important feature is their stable construction. Vanad 200 is equipped with three rubber non-slip feet that keep it in place even during sudden movements of the mouse.